When did Halloween become HO-lloween?

NOTE: The photos from this post have been removed from Flickr because skeevy people were adding them as favorites. You'll just have to use your experience/imagination (sorry!).

I wasn't going to write this post. I really wasn't. But then I was walking through the mall today and saw THIS in the window of the Halloween costume store:

Perhaps you'd like to offend one of America's civil servants. A policeman, soldier or border patrol agent maybe?
Or maybe you'd like to take a beloved Children's character and whore it up a whole bunch. By wearing lingerie.

Who decided that this was okay? Do you know what I saw at the store today? Sexy Spongebob! It was basically a tight yellow t-shirt with Spongebobs face and a really short brown skirt. Seriously, who thought of this stuff? Does it not bother these people that they're taking characters made from little kids and turning them into sex outfits? *shudder*
If you're going to do all of that, why not just forget where the costumes originally came from? You can take anyone and just sex it up.

Never mind that it makes no sense at all because the point of being something for Halloween is to actually LOOK LIKE THAT THING. Sexy Female Elvis? SEXY FEMALE ELVIS? Elvis was not a female. Sexy maybe, in some days, but not a woman. How does that even make sense? And the "Bride" costume... what makes it a bride? The bouquet? The veil? It looks like it's from Frederick's of Hollywood. I guess it could be "Wedding night bride". Perhaps next year you'd like to go as Sexy Vladimir Putin, Sexy Barbara Bush or Sexy Gary Busey. Why the hell not?
There are a lot of things about these trends that are disturbing to me, not the least of which is that most of these costumes are not only available in adult sizes, but in TEEN sizes. I can't imagine what parent would let their teen out of the house in any of these costumes, but it's super disturbing to be in the store watching 12 and 14 year old rifle through the sizes.
What ever happened to creativity? What happened to wearing costumes that don't look like they came from a lingerie store and that they were meant for playing dressup in the bedroom?
Maybe next year, you could just by this costume, titled "Stripper Costume". The ironic thing is that it actually covers more than some of those other costumes...

No wonder I get stared at every time I drop my daughter off for carpool.

Those are my every day clothes...

I loved this post. Partly, ok, because you used the f bomb, which I love to hear. And because I feel the same way.

Abso-frickin-lutely! And it's not just teens! Even some of the costumes for little girls are inappropriate! We have a pretty strict dress code for our children, especially our daughter. I get so frustrated whenever I try to buy her a skirt...they are all way too short! And going to Party City and seeing some of the costumes for my daughter's size...yikes.
Even if I had the body necessary to pull of those outfits, I still wouldn't wear them. icky.

Amen! (especially for "sexy gary busey") At the mall yesterday there were half naked women everywhere with kitty ears and tails. Yup.

Are those costumes or naughty nighties? *lol*

The one that really got me was the "bride" costume. Really? REALLY?!?!?! 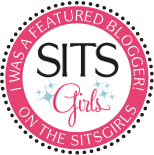